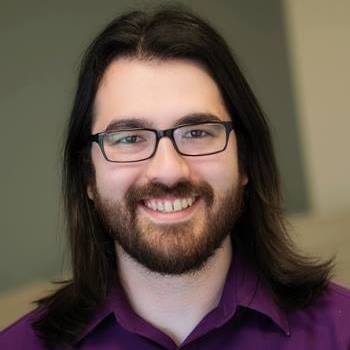 Our Upper Loop Learning Designer Michael Delfino talks about why he left his job as a firmware engineer to become a teacher and what led him to do stand-up comedy.

Once Michael caught the teaching bug, there was no turning back. Since then, he has taught math, engineering, robotics, design technology, web development and computer science to students in Kentucky, New Delhi, and now Bangkok. Few know that during his transition from an engineer to a teacher, he started doing stand-up comedy to get used to performing in front of a large audience.

"When I was working as an engineer, I found that the most rewarding activities I participated in were teaching others, volunteering to run a booth at the local science center, training fellow engineers in the use of new technologies I learned about at a conference, and helping to bring newcomers onto the team," shared Michael,  originally from Louisville, Kentucky. 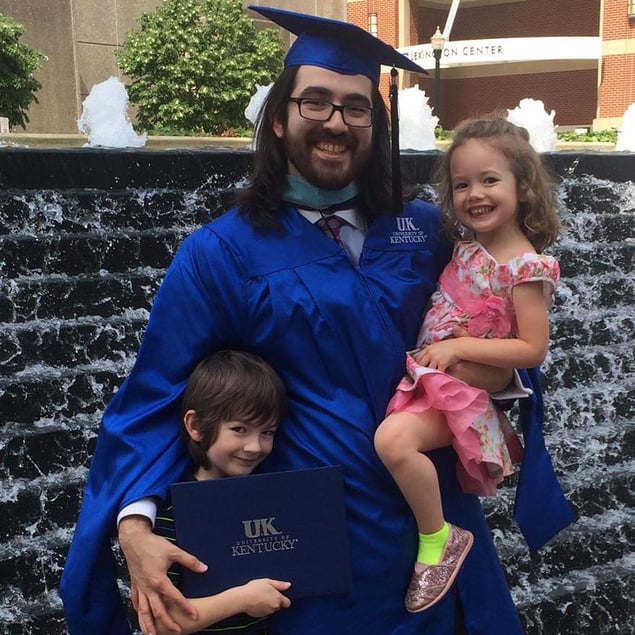 The first school where he taught focused on project-based and experiential learning. He loves collaborating with other educators to break down perceived walls between subjects and is a big proponent of having students engage in authentic work, bringing guests in the classroom and getting students out into the community as much as possible.

Working as a Learning Designer at VERSO is being a creative problem solver. There are so many different ways to approach learning, and the way each student engages with the experiences we design is different, so we are constantly thinking about how we can do it better, make learning more engaging, and make connections. That's true of a lot of teaching, but here we are in an environment with other teachers who really want to collaborate and are looking for ways to do that. It's a school that supports design thinking and experimentation and allows me to improve my teaching and learning.

A math specialist at VERSO, Michael is a big proponent of having students engage in authentic work

Michael says that  VERSO is a school that supports design thinking and experimentation, allowing him to also improve his teaching and learning

What has been your most interesting experience at VERSO?

How unique the interests of our different learners are. Everyone has different things they are passionate about and want to explore. This diversity is helpful when they need to work together on a larger project because they can all contribute something different.

"Working as a Learning Designer at VERSO is  being a creative problem solver."

What three words would you use to describe VERSO ?

There is a continuous feedback loop, which means you do not just turn in a task and forget about it; you work on a project, get feedback, and improve over time. It's also a very collaborative space, with multiple teachers working together in each learning lab and class. Most importantly, it's very creative because everything we do is new to all of us, so finding innovative and creative solutions is key. 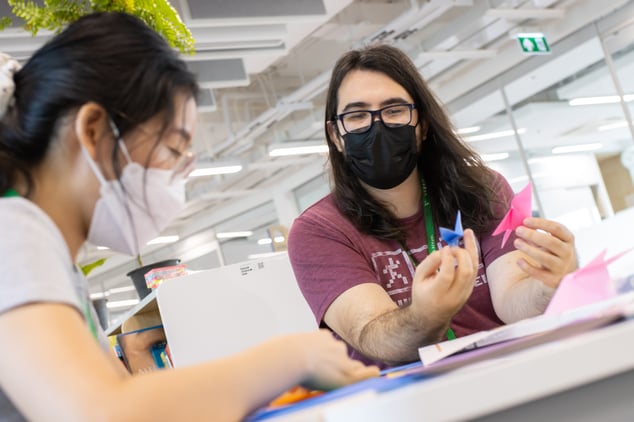 What is the most rewarding thing about your job?

Seeing the positive changes in the learners I work with. When they do more than they initially thought possible, it is not only rewarding at that moment, but I know it will affect their attitude in the future when they face new challenges. 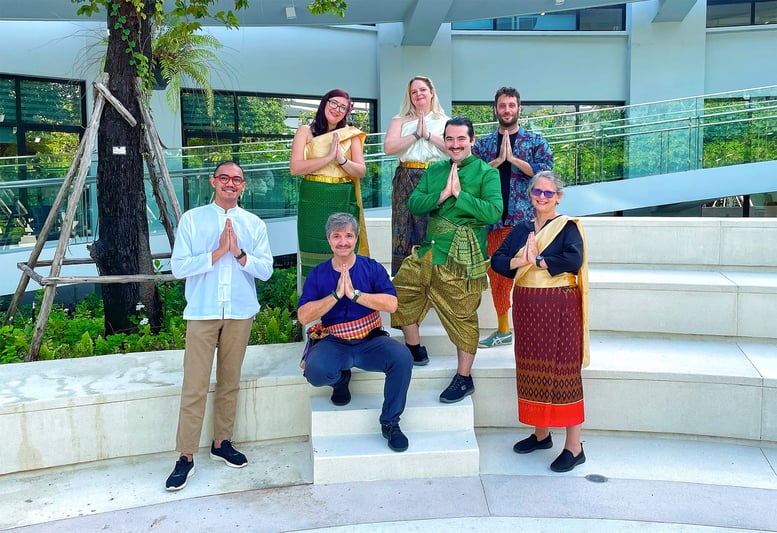 Michael with some members of the Upper Loop Learning Design Team during the Loy Krathong celebration. Michael has a deep connection to Thailand as his grandmother is Thai.

What is the most beautiful place you have traveled to and why?

For me, it was Thailand. My grandmother is Thai, and growing up I always wanted to visit and meet my Thai relatives. Being able to not only visit Thailand, but live here, was the fulfillment of a goal I had set for myself since childhood. Not to mention the warm weather and great food!

Student activists. There are massive problems facing the world right now, like climate change, which seems insurmountable. Knowing that people are not burying their heads in the sand or just giving up, but instead fighting for change, inspires me.

What is one issue that is really important to you?

Inequality in systems - understanding how inequality arises, what forces perpetuate it, and how we can reduce it. We can analyze this problem mathematically, culturally, and ethically. And that gets to the heart of why I think it's important for students to learn math well - it's more than just numbers and abstract numbers, we can look at what's going on in the world around us and find solutions to problems. 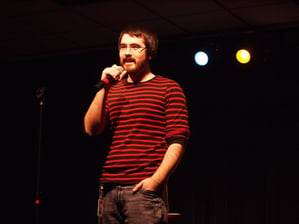 Tell us something that might surprise us about you.

I used to do stand-up comedy. In general, I am a pretty quiet, shy person. I believe that the ability to interact with people, whether one-on-one, in groups or in front of a large audience, can be developed through practice. This has been a lot of fun and has definitely helped me in my transition to teaching

What is one of your hidden talents?

Music - it was hidden even from myself until I worked on it. The growth mindset is not just something we force on students, but it has improved my own life. I liked learning to play guitar because it did not fall into my lap. I had to work hard to do something I didn't know I could do. Eventually, I joined a teacher's band and performed at a music festival at my former school in front of a large audience in a shopping mall here in Thailand. 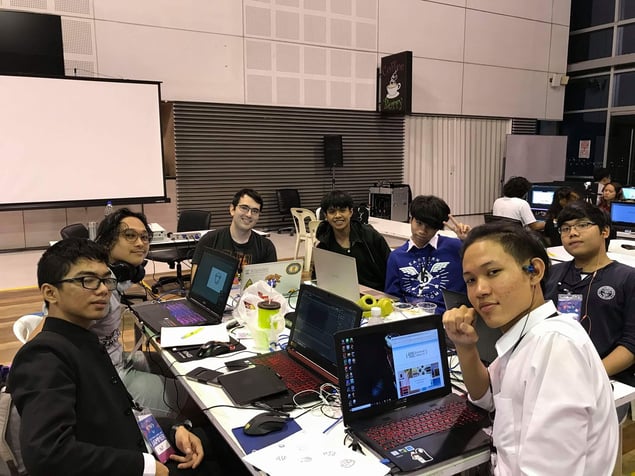 Michael at one of the Global Game Jam, the world's largest game creation event where participants  develop a video game in 48 hours. Michael and his teammates developed the snake game Double Trouble. 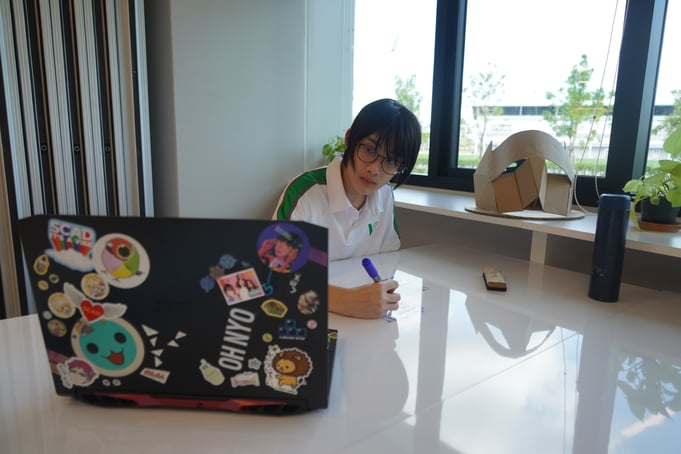 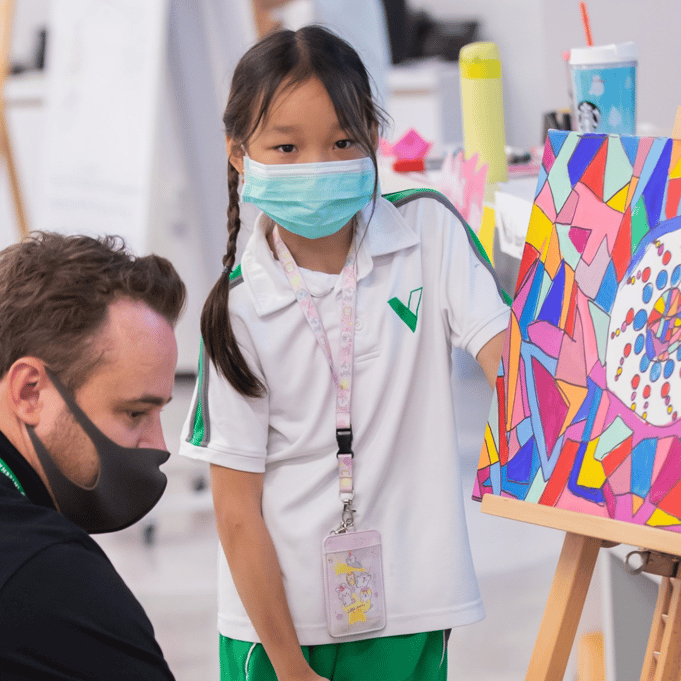 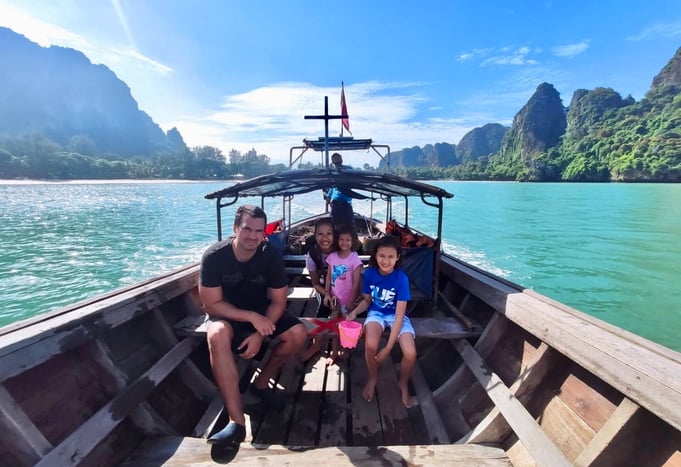 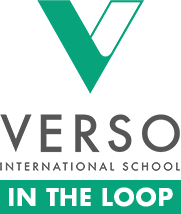 Stay in the Loop with us and learn with us at VERSO. Check out our latest posts and explore who we are, how we learn, and how we live at VERSO! There’s so much to show and tell! 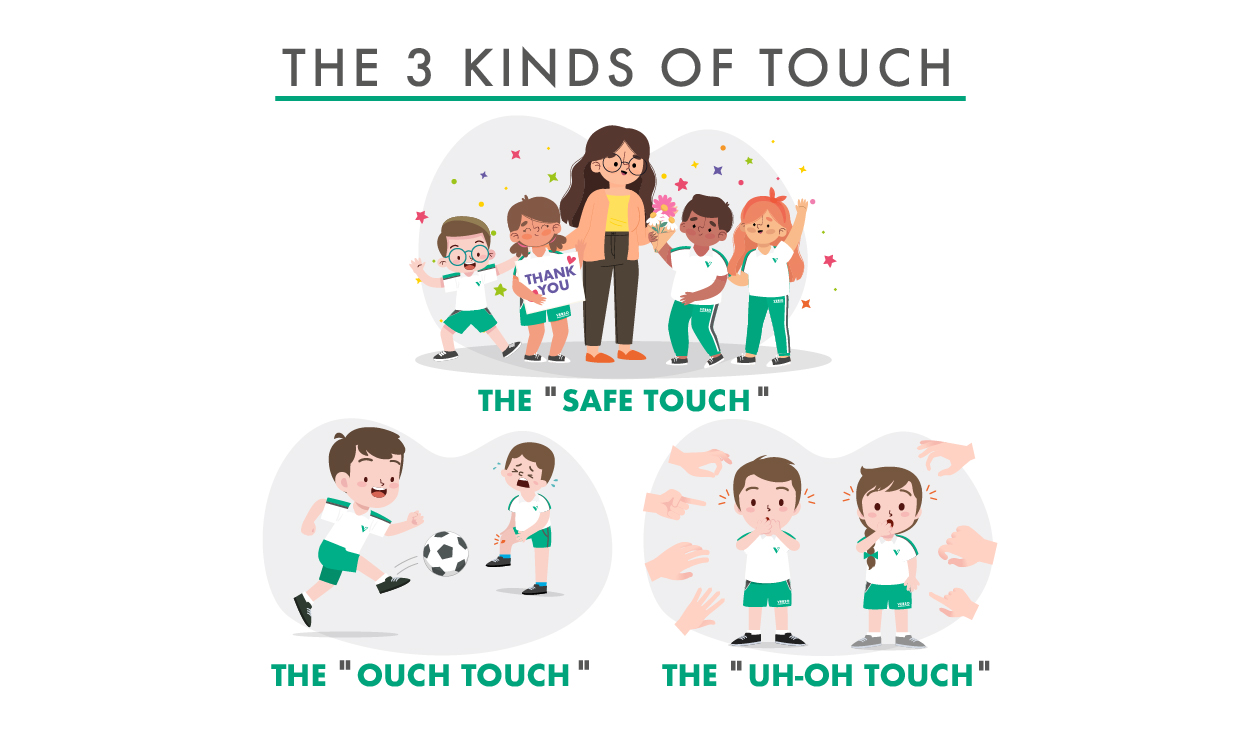 The 3 Kinds of Touch 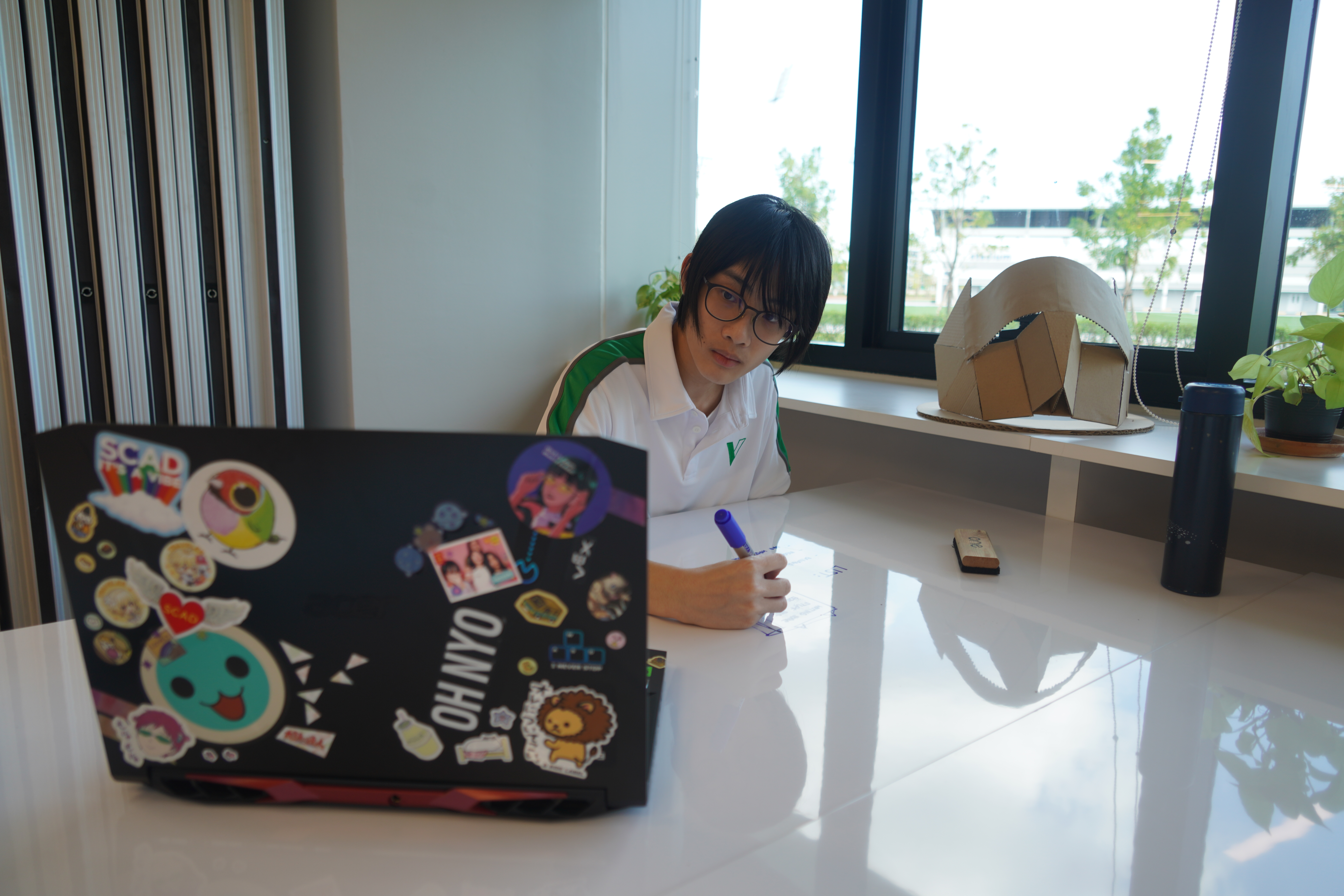 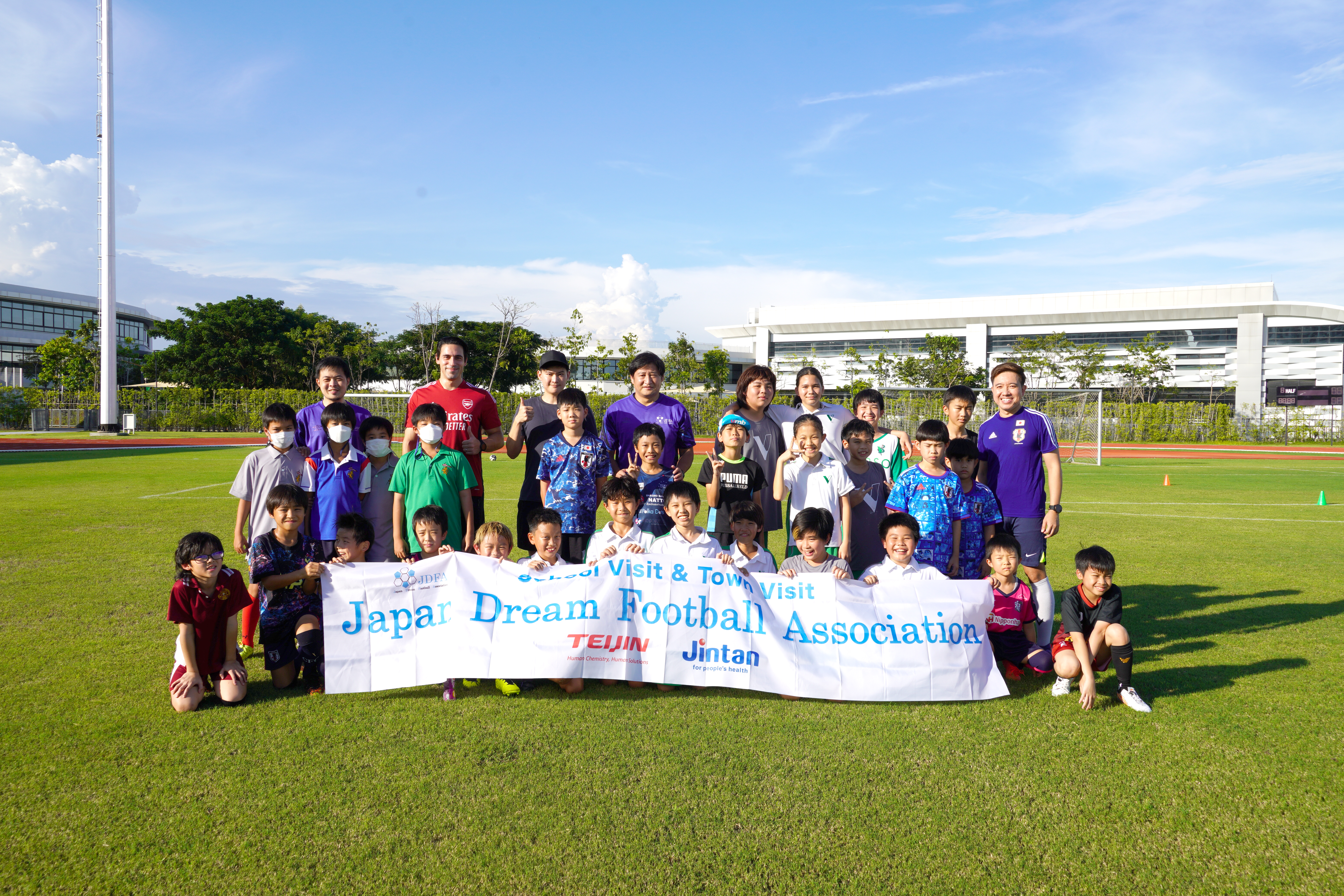 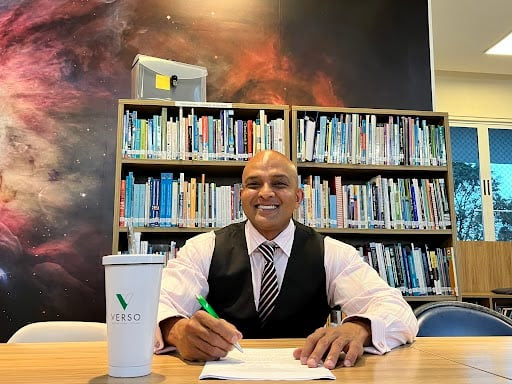 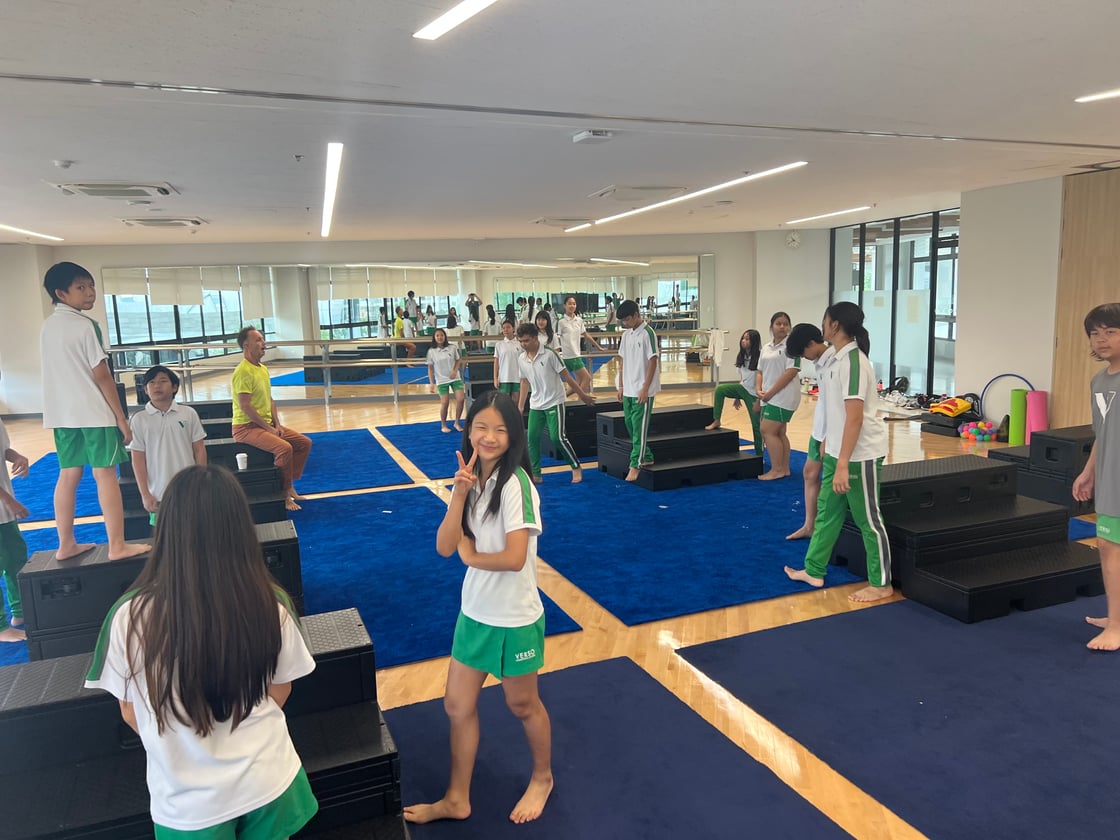